The chemistry section is the only section within the Utah Bureau of Forensic Services that is present in all three laboratory locations (Central, Northern, Southern).  There are 10 chemists throughout the state.  The primary analyses performed by the section is the identification of controlled substances.  However, they are also able to analyze and issue reports on clandestine laboratories, general unknowns, and trace evidence (fire debris samples (suspected arson), paint, fibers). Depending on the type of case and number of samples, a controlled substance case typically is finished within 1 week.

The primary function of the chemistry section is the identification of unknown substances for the presence of controlled substances. The most commonly encountered controlled substances include methamphetamine, cocaine and heroin. Hydrocodone, oxycodone and various benzodiazepines (alprazolam, diazepam) are also encountered in tablet forms. The results and reports generated from analyzing these substances are submitted to the court for trial purposes. Each analyst is able to testify to their findings in court. As of January 2006, marijuana is not accepted into the crime lab for analysis. The lab offers a one week marijuana identification course which is open to law enforcement personnel.

All three labs within the system are capable of analyzing controlled substance evidence. When the analyst receives the evidence submitted by the police agency, they will use various chemicals and instruments to determine the identity of the unknown substance. 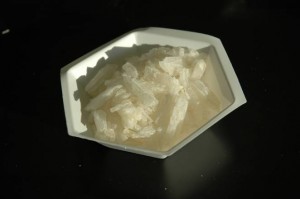 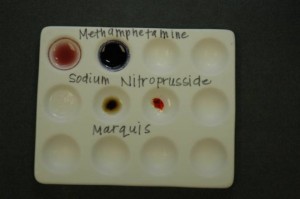 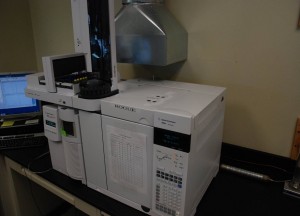 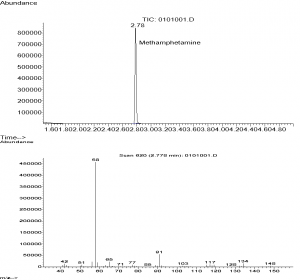 When an analyst receives an unknown, they will perform various chemical tests to presumptively identify what they may have.  From there, the analyst will use an instrument (usually a Gas Chromatograph/Mass Spectrometer) to identify the unknown.  The unknown is compared to a known standard for identification. 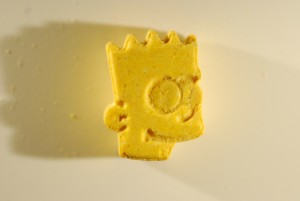 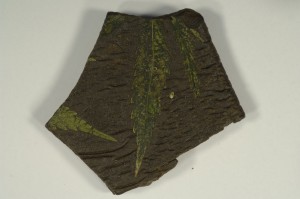 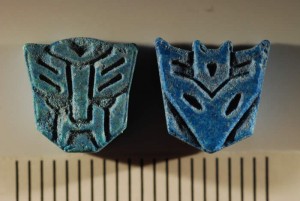 In 2009, the chemistry section saw the emergence of “spice”. “Spice” is the general term for plant materials that contain substances that mimic the effects of THC (the psychoactive component in marijuana). The section first reported only a handful of cases at that time. Within the year however, many more cases as well as compounds were being seen. At one point, the number of spice cases that came into the lab far outnumbered the amount of other controlled substance cases that came in. Due to the sudden increase in the number of these synthetic substances, the Utah legislature laid out a plan to control those that were a major problem. Since 2010, upwards of 50 synthetic compounds have been controlled by the Utah state legislature. The number and frequency of “spice” cases has also dramatically decreased in that same time frame.

The average turnaround time (time of submission to report generated) for the central lab is typically 7 days. 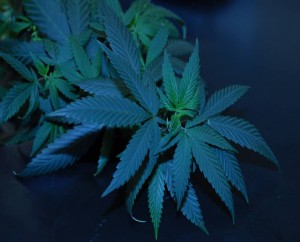 Clandestine laboratory (Clan Lab) is a term most often used to describe methamphetamine labs. However, this term could be used to describe any secret laboratory used to manufacture controlled substances. There are various methods in which individuals will manufacture controlled substances. Chemists at the lab analyze suspected clan labs to identify the chemicals and substances contained within it. By identifying the various chemicals and substances, the chemist and investigator can determine what was being manufactured and by which method. The findings are then presented in court.

The state lab currently has 5 chemists trained in the identification and analysis of clandestine laboratory samples. 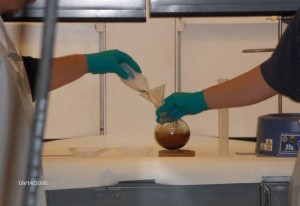 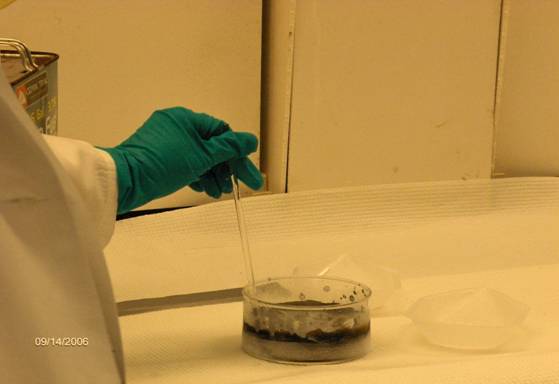 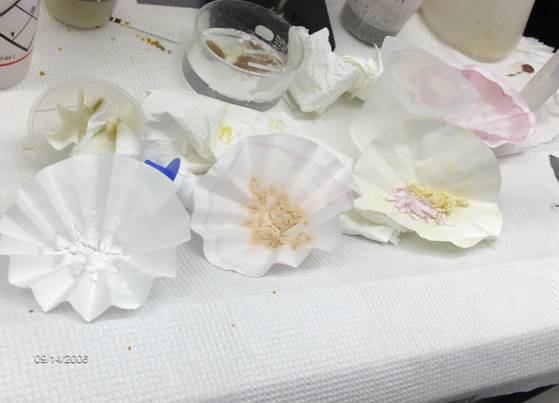 Samples that do not fall under any certain category listed above are analyzed to determine their identity and possible source.  It is asked that agencies submitting these types of cases get prior approval from the Chemistry Section Manager.